My name is Kinsey Blake Haynes and I am 25 years old.

I hold a a Master of Arts in Teaching with a focus in Community College Education and History from Mississippi State University and a Bachelor of Arts in Communications with a Journalism emphasis and a minor in American Studies from the University of Alabama.

I have been writing since I was 11 and have been on my quest to be the world’s best music journalist and photographer.

Currently, I work with the Tuscaloosa, Alabama band, CBDB and follow them around the Southeast, documenting their shenanigans. I am working on an archive of their work including setlists, photos, and merchandise for their website.

I have covered national festivals from Warped Tour, Voodoo Fest, Rock On The Range, CMA Music Festival, and New Orleans Jazz and Heritage Festival among others. I have also interviewed over 200 bands for various outlets including Linkin Park, Halestorm, Will Hoge, Henry Rollins, and AFI. I have had the opportunity to photograph Pearl Jam, Fall Out Boy, Ministry, Red Sun Rising, Phish, and A Day To Remember and so many more.

Welcome to my world! 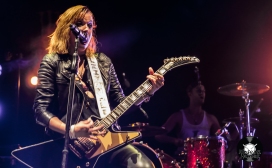 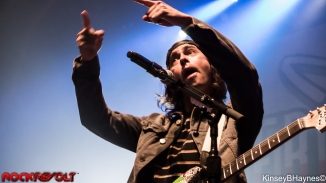 Thomas Rhett at Rock The South Festival in Cullman, Alabama 2016

Rosanne Cash at the Lyric Theatre in Birmingham, Alabama 2016